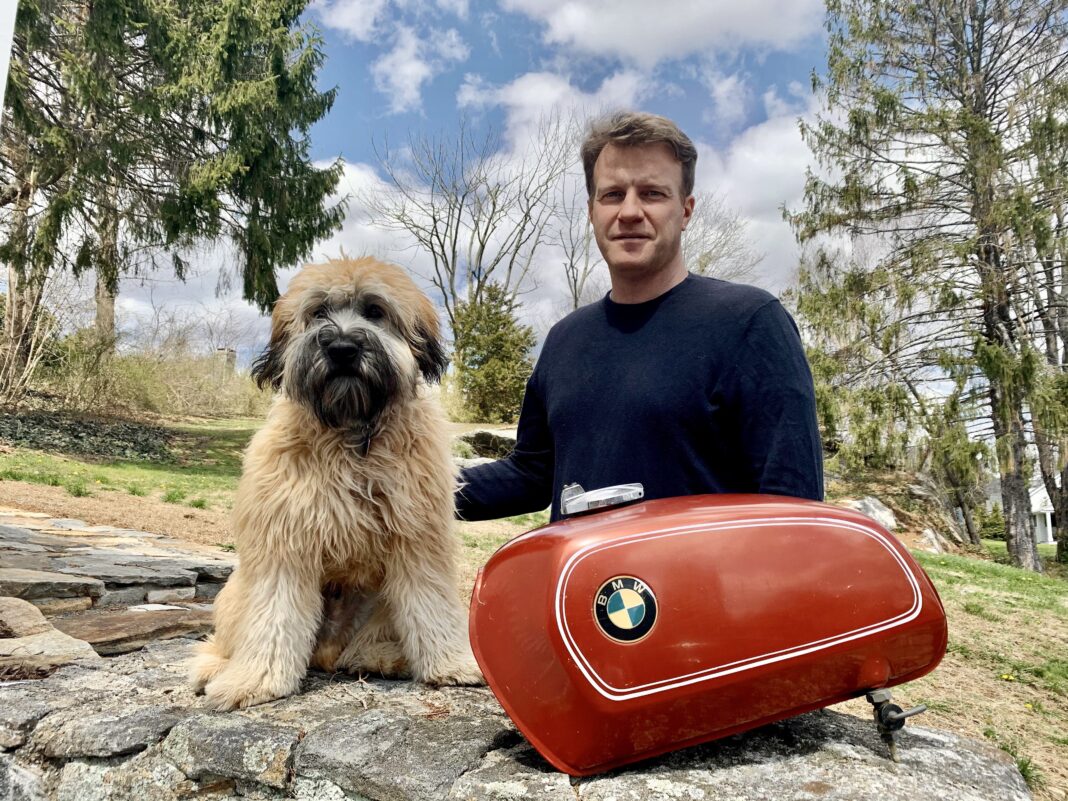 In Part 1, I discuss how I found a 1975 BMW R60 motorcycle sitting in a garage for over 30 years. It had only one previous owner but was in pieces. It belonged to a friend’s father, which he purchased brand new the year it was built, and came with the original Connecticut title. This is a project I am excited to take on and get this bike back on the road…

My first step was to assess what it had for parts and what would need to be purchased. The bike is mostly complete but needed filters, fuel lines, gaskets and some other miscellaneous parts. To find these items, I visited MAX BMW’s online store. MAX specializes in BMW motorcycles and has a comprehensive listing of all manufactured motorcycles along with detailed parts diagrams for each year and model. Once I received the parts, and purchased a few other items like a new battery, oil and cleaning products, I began to piece together the motorcycle.

I started with the major components that had been removed. The exhaust and silencers were already off the bike but rusty and pitted from years of use and 30 years sitting in a box. To clean these chrome items, I used Muriatic Acid which can be purchased at any hardware store. I wore rubber gloves to protect my hands and applied the acid with a household sponge. After allowing to sit for 15 seconds, I then used the abrasive side of the sponge to remove the rust spots and stains.  It worked amazingly well. To neutralize the acid after cleaning, I used a mixture of water and baking soda which I sprayed on the surface and wiped clean.

After that, the installation was quite simple:

With the fuel system complete I will be moving onto the electrical and mechanical systems.  Stay tuned for my next article with updates…